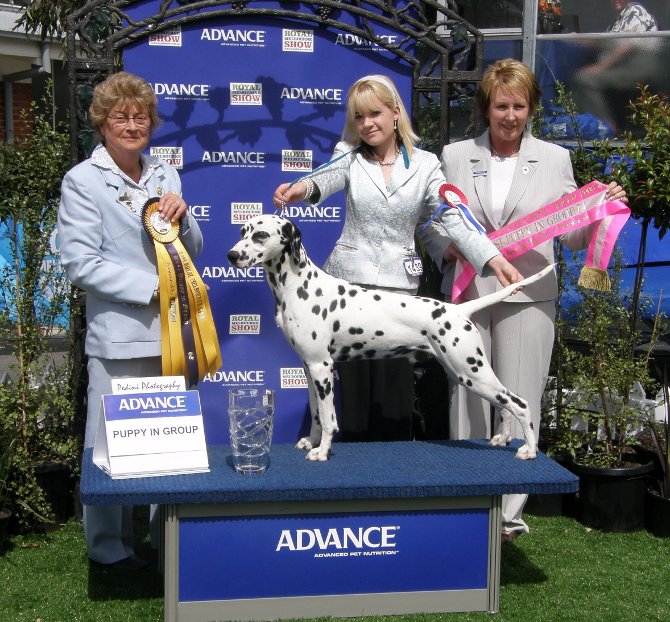 Bond is a beautifully marked black spotted male with an easy laid back temperament.  He is such a delight to show and even more enjoyable to share our home with.

We anticipate big things ahead for this fabulous boy.

At the young age of 2 years and 7 months Bond gained the final points needed to become an AUSTRALIAN GRAND CHAMPION. To become an Australian Grand Champion a dog must gain 1,000 challenge points plus either a best in show or 4 x best exhibit in group awards (or 4 x group 1).

BOND IS THE CURRENT TOP DALMATIAN IN AUSTRALIA 2010 ** 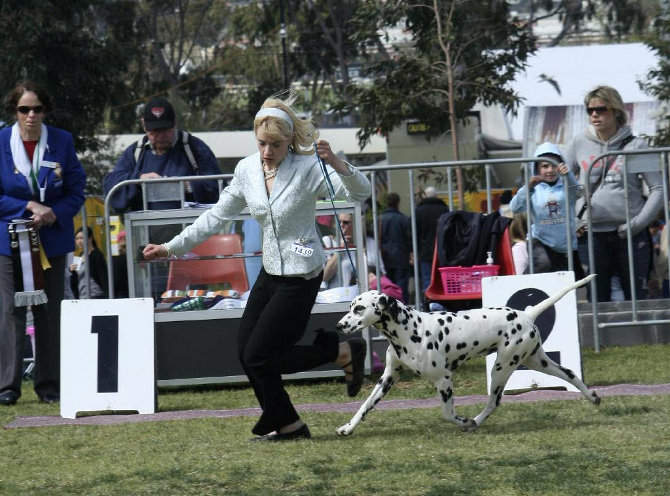 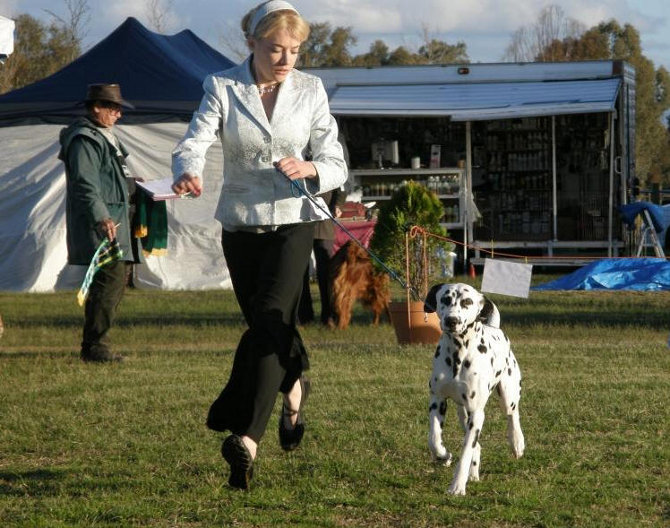 AT THE TENDER AGE OF 12 MONTHS BOND IS AWARDED HIS FIRST RUNNER UP BEST IN SHOW..

We are so proud of Bond on his huge success at such a young age . He is a winner of:

Runner Up Best In SHOW award

BEST IN GROUP 7 & JUNIOR IN GROUP

RUNNER UP BEST IN GROUP & PUPPY IN GROUP

RUNNER UP BEST IN GROUP & Junior In Group at 9 half months of age at Murray Valley Kennel Club Under: Mrs M Boyd ( NZ)

Puppy In Group at Lillydale Pot Of Gold Championship show 2008